About the Atlantic Forest 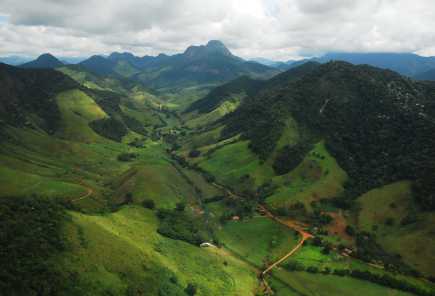 The Atlantic forest is the Brazilian biome that originally represented the second largest tropical forest in extension and diversity in South America. Originally occupied the entire Brazilian coastline and covered also important stretches of mountain ranges and escarpments of the Brazilian Plateau.

With deforestation and the occupation of more than 95% of its territory, as from the early 20th century, it is today reduced to few discontinuous fragments where the Atlantic forest still has a rich biodiversity.

It is estimated that 171 species of animals are threatened with extinction. Among these species include the Muriqui, the largest monkey in the Americas, Golden lion tamarin, Howler monkey, Armadillo and the Anteater.

The remnants of the Atlantic forest are located mainly in the Serra do Mar and Serra da Mantiqueira. Fazenda Soledade, located in the Serra do Mar, established five perpetual reserves totaling more than 75 hectares, almost 1/3 of its total area, with the objectives of preservation and the recovery, as well as providing opportunities for research and environmental education initiatives in the biome.